'We are at War': Chile's Pinera Extends State of Emergency 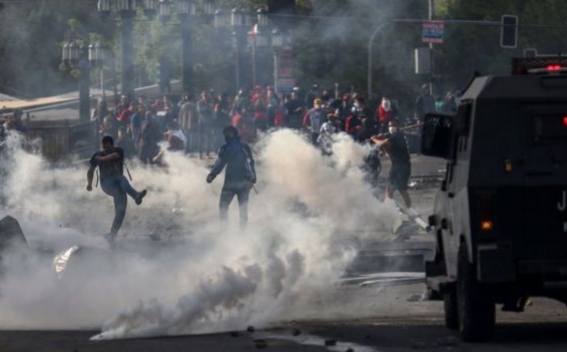 Five people were killed on Sunday when a garment factory was torched by looters near Chile's capital, Santiago, bringing the death toll in a wave of unrest to seven as authorities expanded a state of emergency, Al-Jazeera reports.

After an emergency meeting late on Sunday, President Sebastian Pinera defended his decision to call a state of emergency and deploy troops onto the streets for the first time since Augusto Pinochet's military dictatorship between 1973 and 1990.

"Democracy not only has the right, it has the obligation to defend itself using all the instruments that democracy itself provides, and the rule of law to combat those who want to destroy it," Pinera said in a late-night televised address at army headquarters in Santiago.

"We are at war against a powerful enemy, who is willing to use violence without any limits."