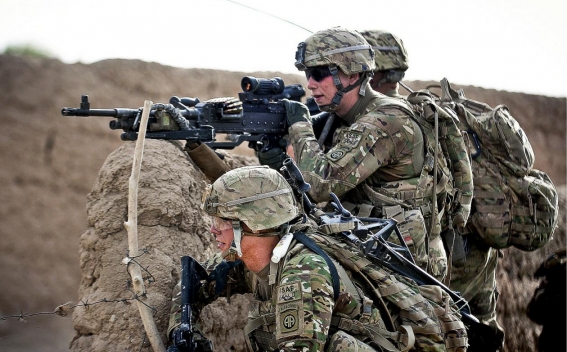 The Pentagon recently began drawing up plans for an abrupt withdrawal of all U.S. troops from Afghanistan in case President Donald Trump surprises military leaders by ordering an immediate drawdown as he did in Syria, three current and former defense officials said, NBC reports.

One of the officials called it "prudent planning."

Another official described the president's current approach to Syria as "a dress rehearsal" for what could happen in Afghanistan.

Trump has long threatened to withdraw all American forces from Afghanistan, but his repeated emphasis in recent weeks on the need to end all foreign wars has infused a new sense of urgency into the renewed Pentagon effort, officials said.

The president's abrupt policy shift on Syria also has shown he's willing to follow through on his threats of troop withdrawals, though his advisers have been able to talk him out of such moves in the past. And it coincides with an increasing focus on the 2020 election.

"I got elected on bringing our soldiers back home," Trump told reporters Monday.

To underscore the point, the president said the biggest applause he received during a campaign rally in Dallas last week was when he talked about building a wall on the U.S.-Mexico border and bringing American troops home. "When I said, 'We're bringing our soldiers back home,' the place went crazy," Trump said.

"The Defense Department does not have orders to draw down troops in Afghanistan and our mission has not changed," Campbell said.

"U.S. force levels in Afghanistan remain conditions-based and will continue to reflect the level required to execute our mission," he said, which includes "ensuring Afghanistan is never again used as a safe haven for terrorists who threaten the United States, our allies or our interests."

When Defense Secretary Mark Esper was asked during a surprise visit to Afghanistan on Monday whether Trump could pull all U.S. troops out of the country, Esper compared the situation to Syria, explaining they are very different missions.

"Very different situations, very different adversaries if you will, very different level of commitment. Very clear policy direction on one," Esper said. "All these things should reassure Afghan allies and others they should not misinterpret our actions in the region in the recent week or so in regard to Syria and contrast that with Afghanistan."