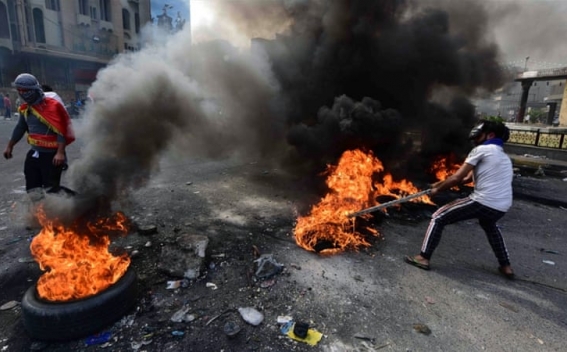 Dozens of protesters in Iraq attacked the Iranian consulate in the Shia holy city of Karbala on Sunday night, scaling the concrete barriers surrounding the building, bringing down an Iranian flag and replacing it with the Iraqi flag, witnesses said, Al-Jazeera reports.

Security forces fired in the air to disperse the protesters who threw stones and burned tires around the building on a street corner in Karbala south of Baghdad.

There were no immediate reports of casualties in the incident, which comes amid ongoing protests in the capital Baghdad and majority-Shia provinces in the south.

The protests are directed at a post-war political system and a class of elite leaders that Iraqis accuse of pillaging the country's wealth while the country grows poorer.