Over 380 People Injured in Bolivian Protests 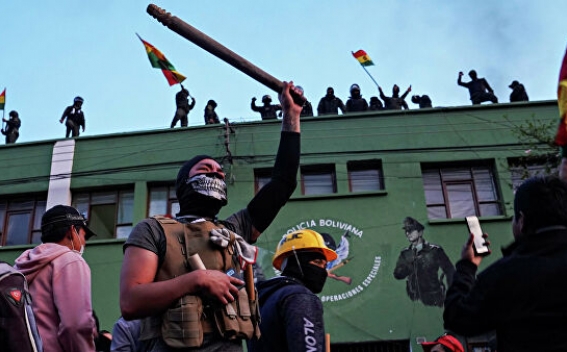 More than 380 people have been injured in Bolivia's ongoing protests since they started in late October, Bolivian media reported, citing the ombudsman's office, Business- standard reports.

Protests in the South American country have been ongoing since October 20 after Bolivian President Evo Morales secured a new term in the presidential election, while opposition refused to recognize the results.

According to the ombudsman, as cited by the Pagina Siete news outlet, from October 21 to November 8, a total of 383 people were injured throughout Bolivia in protests. This number included 325 men and 58 women.

The outlet added that since the start of the protests, 195 people have been arrested.

On Friday, Bolivian media reported that law enforcement officers took to the streets and protested with demonstrators in the capital of Sucre and the city of Santa Cruz de la Sierra. President Evo Morales convened an emergency meeting following the reports.