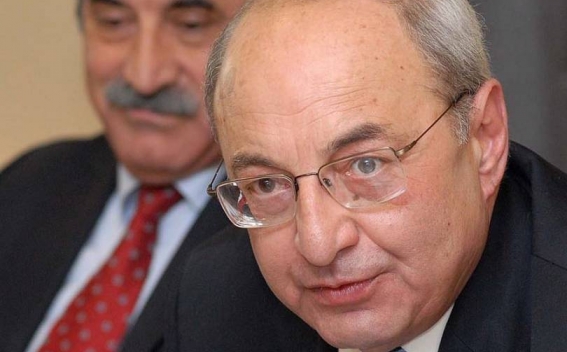 The chairman of the Public Council Vazgen Manukyan announced about stepping down from the post in a letter to the members of the council, ''Aysor'' reports.

“The new authorities had an exclusive opportunity to lead the country through the path of development, unite people over pan-national issues, promote the welfare of the people by building democratic and effective national state, but unfortunately they have chosen another path. Today we have atmosphere of distrust and hatred,” he wrote in the letter, adding that all this takes place in conditions if new dangers and challenges in the security and Artsakh issues.

“In such conditions the authorities were to create atmosphere of reconciliation and unite people. One of the most effective tools for doing it could have been the Public Council one of the functions of which, according to the law, is to contribute to the formation of atmosphere of trust, establishment of dialogue and partnership relations between the government, state management bodies and civil society institutes, while instead, the authorities continue discussing projects and undertaking steps which divide the society more and more,” he stressed, adding that during the past session of the council he informed about attempts to meet with the prime minister to try to find edges of cooperation to loosen the tension among the people and prevent some steps dangerous for the state.

“You know that these attempts were in vain. Certain time passed since our last session and again no response. In such conditions I consider my activity in the Public Council senseless and made a decision to leave it. I have informed the government about it in a written form,” he said, stressing that he will continue fight for the sake of the state and interest of the people like he did throughout his whole life.