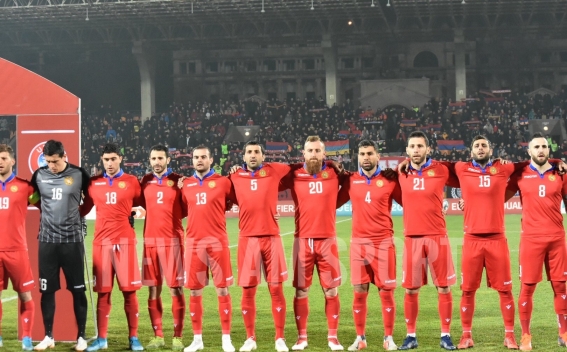 News.am
The Armenian national football team, under the leadership of Abraham Khashmanyan, received the Greek team during the match of the next-to-last round of Group J of the Euro-2020 qualifying championship.

The Armenian team was defeated 0-1, and the only goal of the Greek team was scored by Dimitris Limnios at the 35th minute of the match, News.am reports.

During the other match of Group J, the Finnish team beat Lichtenstein 2-0 and scored the second pass to the final stage from this group after Italy.