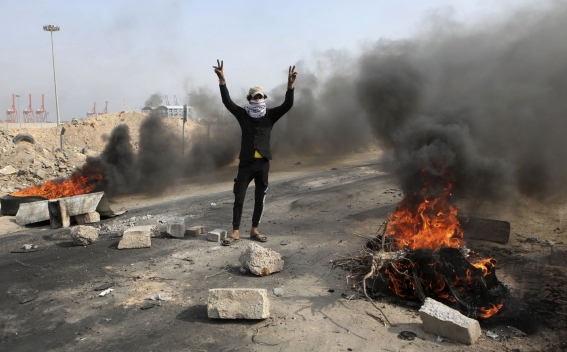 Protesters have once again blocked the entrance to Iraq’s Umm Qasr commodities port near Basra, preventing employees and tankers from entering and bringing operations down by 50%, two port sources told Reuters on Monday.

If the blockage goes on until the afternoon, operations will come to a complete halt, the sources said. The port was previously blocked from Oct. 29 to Nov. 9 with a brief resumption of operations between Nov. 7-9.

The blockage cost the country more than $6 billion during just the first week of the closure, a government spokesman said at the time.