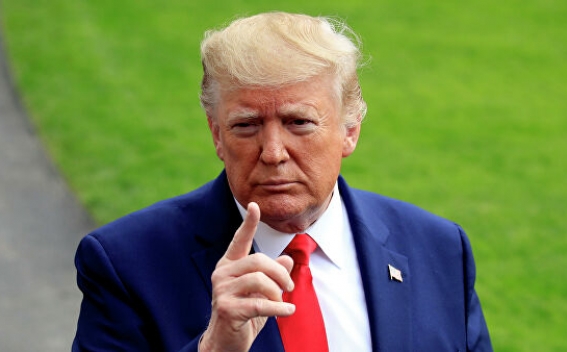 In a Cabinet meeting at the White House on Tuesday, the president warned that he would hike tariffs on Chinese imports if the two countries fail to reach an agreement that would end their year-and-a-half-long trade war, FN reports.

“If we don’t make a deal with China, I’ll just raise the tariffs even higher,” he said to a room of senior officials.

At the meeting, Trump added that negotiations with Beijing were “moving along,” but he said it would have to make a deal “I like.”

The world’s two largest economies agreed to a “phase one” agreement in October but since then have made conflicting announcements on the status of trade talks. On Nov. 7, Chinese Commerce Ministry spokesperson Gao Feng said that the U.S. and China had reached a deal to roll back tariffs scheduled to take effect next month. A day later, however, Trump denied having agreed to curtail duties.

In the past year and a half, Washington and Beijing have imposed new duties on billions of dollars in items coming from both countries. The first round of the fourth tranche of tariffs took effect on Sept. 1 and introduced a 15% levy on certain Chinese products, including footwear, to the United States. China retaliated with duties on U.S. imports that ranged from 5% to 10%.

Less than a month remains before the tariffs on the second round of the fourth tranche are scheduled to take effect on Dec. 15. The 15% levy would affect a wide variety of consumer goods, including footwear, apparel and other accessories.