Over 110 People Killed in Protests in Iraq 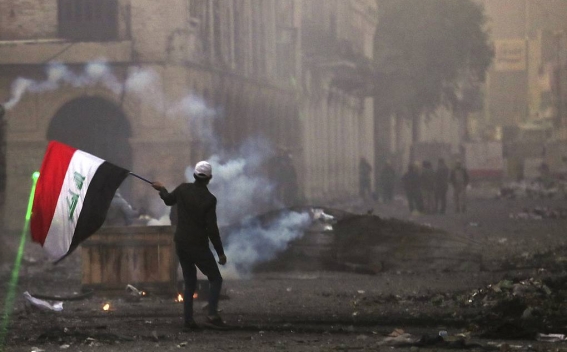 More than 110 people have died in clashes with the police during protests that have been shaking Iraqi cities since early October, Iraqi News Agency said on Sunday citing Health Minister Jaafar Allawi, TASS reports.

According to Allawi, a total of 111 people, both protesters and law enforcers, have been killed during the antigovernment protests.

He also cited the results of a probe conducted by an ad hoc commission saying that the munitions with tear gas used by the police to disperse the protesters had no poisonous subsatnces.

Earlier, the Iraqi parliament’s human rights commission said as many as 319 people, both civilians and policemen, had been killed in clashes.

Protests have been going on in Iraq since early October when people first took to the streets driven by poor living conditions, high unemployment among the youth and corruption. Protests are accompanied by violence and riots across the country. The protesters demand government resignation and early parliamentary elections.