Erdogan Says He Wants to Discuss Situation in Libya with Putin 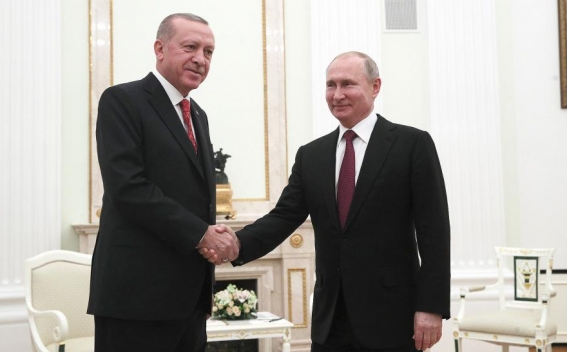 "Our meeting with Mr. Putin will take place in Istanbul on January 8, where the ceremony of launching the Turkish Stream [gas pipeline] will be held," Erdogan told TRT TV channel on Monday. "However, I would want to hold telehone talks with him before our meeting, in order to discuss the situation in Libya and the situation with [commendaer of the Libyan National Army Field Marshal Khalifa] Haftar," he added.

Erdogan also expressed hope that "Putin will reconsider his position on Haftar." The Turkish president said that Libya risks turning into "another Syria." Erdogan noted that Ankara is ready to send military to Libya if the country's Government of National Accord requests it.