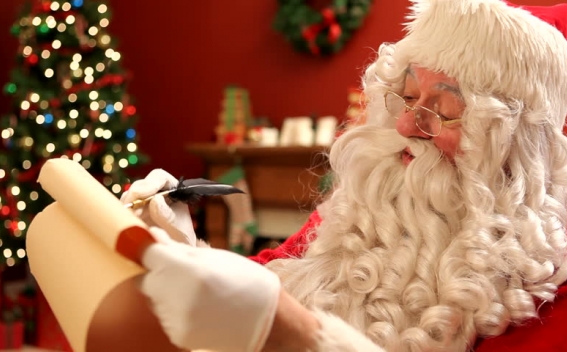 Santa Claus, Pere Noel, Kerstman, Ded Moroz, Weihnachtsmann – these are the favorite characters of Christmas and New Year holidays in different countries, with a common characteristic of giving presents to children once a year.  They have become an integral part of the New Year. Every child believes in Santa's miracles and looks forward to his gifts. But who is this wondrous kind character, where did he come from and why does he have different names in different countries but carry out the same mission?

It is known that this fairy tale image has its true prototype, which lived many centuries ago, and his name is St. Nicholas.

Nicholas was born during the third century in the village of Patara in Asia Minor. His wealthy parents, who raised him to be a devout Christian, died while Nicholas was still young. Obeying Jesus’ words to “sell what you own and give the money to the poor,” Nicholas used his whole inheritance to assist the needy, the sick, and the suffering. He dedicated his life to serving God and was made Bishop of Myra while still a young man. Bishop Nicholas became known throughout the land for his generosity to those in need.

Nicholas’s reputation for generosity and kindness gave rise to legends of miracles he performed for the poor and unhappy.

One story tells of a poor man with three daughters. In those days a young woman’s father had to offer prospective husbands something of value - a dowry. Without a dowry, a woman was unlikely to marry. This poor man’s daughters, without dowries, were therefore destined to be sold into slavery, stnicholascenter.org reports.

On the night before Christmas Eve, returning from church service, the bishop accidentally hears one of the man’s daughters offers her parents to sell her into slavery and buy a dowry for the sisters.  He decides to help the family and throws a bag of gold through the chimney which has landed in stockings or shoes left before the fire to dry.

Soon the eldest daughter gets married, and in the following years the other two sisters find a sack full of money in their socks before the Christmas day and get married either. Rumors were spread in the city and throughout the region that an invisible saint helps the poor in need.  Helping the sisters, Nicholas decides to continue his initiative. In addition, he would put nuts, sweets, and fruit in the shoes, usually left before the doors so that children who were not yet aware of the real meaning of Christmas had joy and were accompanied by miracle, Qahana.am reports.

Nicholas was accidentally "discovered" by his fellow citizens. At the time when he was going from house to house in a bag full of presents, in white clothes the watchman saw him.  The watchman called the citizens, and the latters, recognized their bishop. Nicholas had to tell everything… And since then the fellow citizens have decided to help him.

This led to the custom of children hanging stockings or putting out shoes, eagerly awaiting gifts from Saint Nicholas.