Thousands Rally against US Military Presence in Iraq 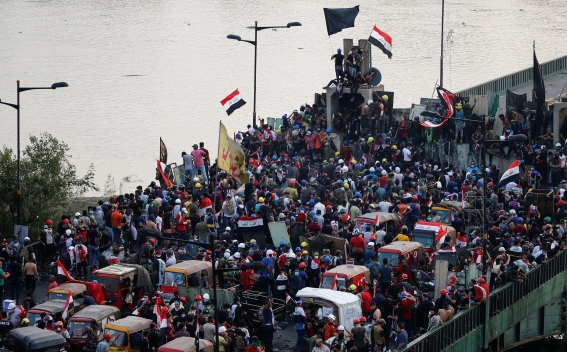 Major crowds have gathered in the Iraqi capital Baghdad to denounce US military presence in the country after the US assassinated Lt. Gen. Qassem Suleimani and Abu Mahdi al-Muhandis, who was second-in-command of the Iraq’s PMU, in Baghdad earlier this month, al-Manar reports.

Iraq’s al-Ahd news network reported on Friday that Iraqis from “all of the country’s provinces” have gathered in the city.

The protesters were seen carrying banners and chanting slogans calling for the expulsion of US forces.

The rally comes after Influential Iraqi Shia cleric Muqtada al-Sadr called on Iraqis to stage “a million-strong, peaceful, unified demonstration to condemn the American presence and its violations” last week.