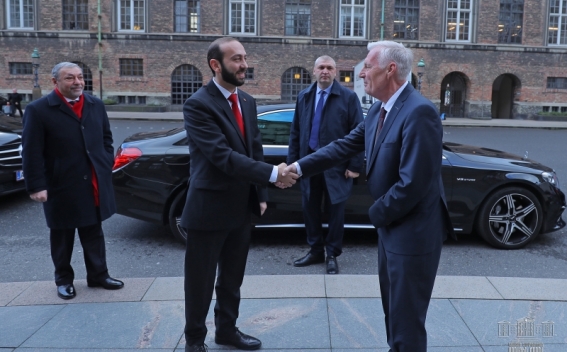 At the request of the Danish side Ararat Mirzoyan presented the RA passed path since the independence and changes happened after the Velvet revolution and 2018 snap parliamentary elections. The agenda of the democratic changes adopted by Armenia, especially in the judicial-legal sphere was touched upon. The framework of cooperation with European different structures over the reforms of the Electoral Code and the law on Parties was discussed. The Speaker of the Danish Parliament expressed readiness to support the National Assembly of Armenia in consolidating the democratic achievements in all spheres.

Ararat Mirzoyan has especially underlined that this is the first official visit of the delegation of the RA National Assembly to the Kingdom of Denmark at the level of the Parliament Speaker and expressed hope that new opportunities would be opened for the exchange of experience between the two legislative bodies and close cooperation in the international parliamentary organizations. Expressing regret that there is no tradition of forming Friendship Groups in the Danish Parliament, the parties have expressed hope that the organization of joint meetings and discussions between the parliamentary relevant committees, the mutual visits and the permanent contact between different parliamentary factions can be an effective platform of mutually beneficial cooperation.

The Speaker of the RA National Assembly expressed his gratitude to his colleague for ratifying the RA-EU Comprehensive and Enhanced Partnership Agreement and officially informing the General Secretariat of the Council of Europe on completing the inner-state procedures. Ararat Mirzoyan expressed hope that the Danish side would support the authorities of Armenia for the launch of the dialogue over the liberalization of the entry visa with the EU.

At the request of the Speaker of the Danish Parliament Ararat Mirzoyan presented items of the inner-political agenda of Armenia, including the ongoing processes over the referendum to be held on April 5 and the Constitutional Court, talked about the necessity of the Constitional amendment as a pledge of reaching success in the ongoing judicial-legal, economic reforms in Armenia.

The large-scale of regional security problems, including the Nagorno Karabakh conflict were referred to. The members of the delegation led by the Speaker of the National Assembly presented the essence of Nagorno Karabakh conflict and the approaches of Armenia in its solution exclusively through peaceful means within the framework of the OSCE Minsk Group Co-Chairmanship.