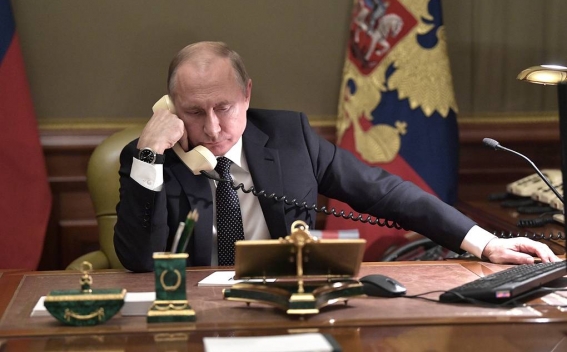 "The focus was on the situation created in the de-escalation zone in Idlib once again. Vladimir Putin expressed serious concern over the ongoing aggressive actions of extremists. The emphasis was on the need to respect the sovereignty and territorial integrity of the Syrian Arab Republic without preconditions," the press release of the Kremlin’s press service reads.

The parties also agreed to intensify inter-agency consultations over Idlib, particularly with respect to military institutions. Putin and Erdogan also underscored the importance of consistent implementation of the decisions of the Berlin International Conference on Libya.