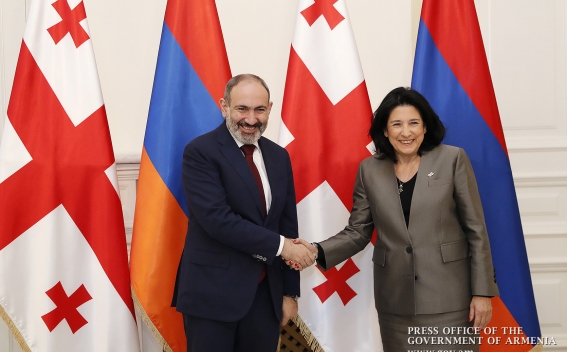 Welcoming the Prime Minister of Armenia, the Georgian President highly valued the friendly relations between the two countries. She voiced confidence that today’s talks would give fresh impetus to the furtherance and strengthening of bilateral ties.

Nikol Pashinyan said he was happy to meet with Mrs. Zurabishvili during his official visit in Georgia to discuss the prospects of bilateral relations. “It is my pleasure to once again meet with you. I can state that the Armenian-Georgian relations have seen positive development since our first meeting,” the Premier said, convinced that new opportunities for the development of interstate cooperation might be identified during the visit.

Nikol Pashinyan and Salome Zurabishvili went over several issues on the bilateral agenda. The talks continued during an official luncheon.