EU "Strongly Rejects" Turkey’s "Use" of Migrants at Border 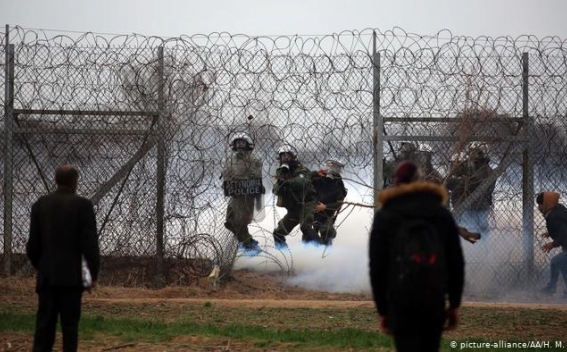 At a meeting of EU interior ministers in Brussels on Wednesday, the member states said that Turkey was exploiting refugees to get its way politically, DW reports.

A joint statement said that bloc "strongly rejects" the "use" of migrants by Ankara, saying that the "situation at the EU's external borders is not acceptable."

More than 12,500 refugees are waiting at the Turkish border to enter Greece, after Turkish President Recep Tayyip Erdogan said the borders were open last week.

"The EU and its member states remain determined to effectively protect EU’s external borders," the ministers wrote in the statement.

"Illegal crossings will not be tolerated. In this regard, the EU and its member states will take all necessary measures, in accordance with EU and international law ... Migrants should not be encouraged to endanger their lives by attempting illegal crossings by land or sea."

The interior ministers called on Turkey to "relay this message and counter the dissemination of false information."

Since Turkey's decision, the humanitarian situation has deteriorated both at the land border of Greece and Turkey and on the Greek island of Lesbos.