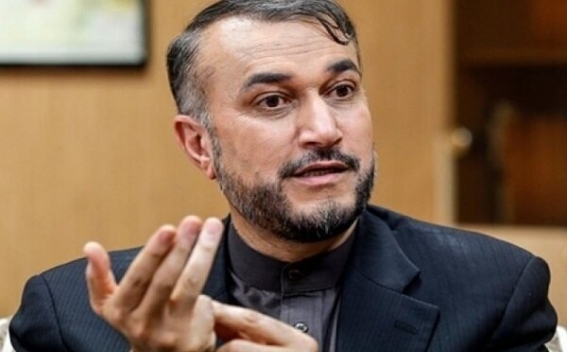 He condemned the decision taken by Armenian government in opening its embassy in Tel Aviv and described this move in contradiction with the interests of Palestinian people.

Amir-Abdollahian called the decision adopted by Armenian government in opening its embassy in Tel Aviv ‘surprising’ and added, "undoubtedly, this move is in conflict with the interests of Palestinian people and will leave negative impacts on stability and security of the region."

He referred to the positions of Islamic countries on the necessity of realization of the rights of Palestinian people and strongly condemned any normalization of ties between Arab and non-Arab countries with the racist Israeli regime.

Elsewhere in his remarks, Amir-Abdollahian pointed to the steps taken by the Israeli regime in annexing the West Bank and called it ‘an aggressive and unjustified act’ that could further exacerbate tension in the region.

He termed friendly relations between Tehran and Yerevan as an important factor in preserving stability and security in the region and added, "it is hoped that Armenian government will revise its decision and adopt necessary steps to help the oppressed people of Palestinian."