Artsakh MFA: the Statement of the MFA of Turkey Another Example of Ankara’s Biased Position 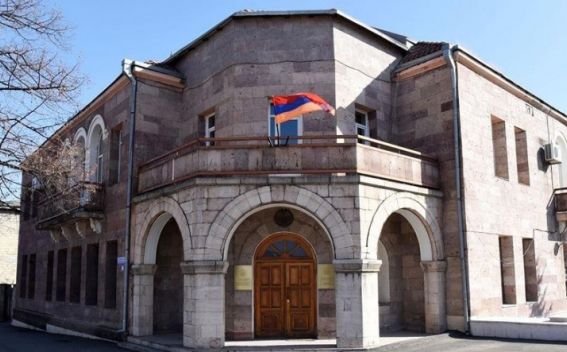 he ministry of foreign affairs of Artsakh commented on the statement of the Turkish foreign ministry regarding the general elections in Artsakh. The comment reads as follow:

Question: How would you comment on the statement by the Foreign Ministry of Turkey that the presidential and parliamentary elections in the Republic of Artsakh violate the territorial integrity of Azerbaijan and undermine the efforts on the peaceful settlement of the Azerbaijan-Karabakh conflict?

Answer: The statement by the Foreign Ministry of Turkey on the presidential and parliamentary elections in the Republic of Artsakh (Nagorno Karabakh Republic) is another example of the biased and destructive position of Ankara.

Turkey’s opinion on this issue fully coincides with the viewpoint of Azerbaijan. By unconditionally supporting Azerbaijan and making statements that undermine efforts of the international mediators, the Turkish side causes serious damage to the peace process on the Azerbaijan-Karabakh conflict settlement.

Ankara’s stance obviously contradicts the position of the OSCE Minsk Group Co-Chairmen who are mandated by the international community for implementing a mediation mission on the settlement of the Azerbaijan-Karabakh conflict. The OSCE Minsk Group Co-Chairmen noted in their statements on the elections in the Republic of Artsakh in 2012 and 2015, that they “acknowledge the need for the de facto authorities in Nagorno Karabakh to try to organize democratically the public life of their population with such a procedure”, as well as “recognize the role of the people of Nagorno Karabakh in deciding their future”.

Ankara’s destructive policy on the issue of the Azerbaijan-Karabakh conflict once again reaffirms the absolute inexpediency of Turkey’s membership in the OSCE Minsk Group.