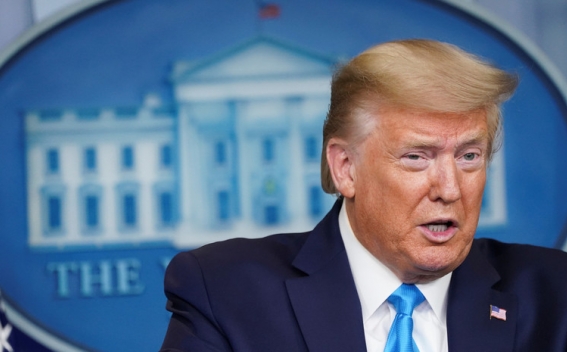 President Donald Trump said he would “put a hold” on U.S. funding for the World Health Organization, before backtracking and claiming, “I’m not saying I’m going to do it,” Time reports.

Trump made the comments at a White House press briefing as deaths and infections across the country continue to rise.

Trump at first announced he would be cutting off U.S. funding to the organization. But when pressed on whether it was the right time, given the current crisis, he told reporters he was only looking at the prospect.

Still, he criticized the organization, saying they “they missed the call” on the pandemic and claiming that they seem to be “very China-centric.”

He claimed, “They should have known and they probably did know.”