Zohrab Mnatsakanyan: Turkey Threw All That Out The Window 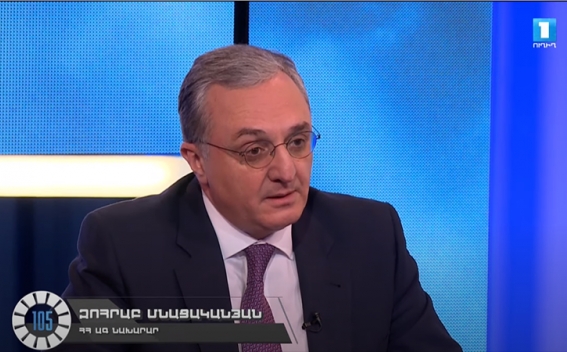 Discussing this distorted interpretation, I think, does not even bring us honor because we know the history very well. Armenia’s Foreign Minister Zohrab Mnatsakanyan stated this in an interview with the state-run Public Television, and referring to Turkish President Recep Tayyip Erdogan's spokesman and chief adviser Ibrahim Kalin's statement that the signing of the Armenian-Turkish protocols was a step by Turkey towards peace and stability in the South Caucasus, but Armenia had rejected them, NEWS.am reports.

"Armenia, for its part, had made a contribution as a state that represented a people who survived the genocide, it hade made a contribution, moving that process forward until the end," Mnatsakanyan also said. "It was a subject of very nationwide, deep and very difficult discussions. And what did we lead to by doing all that? We led to the fact that Turkey, in fact, just threw all that out the window. And this again shows that the danger is deep. And the rest of the comments that have been made are already compounding, further deepening the denial, because the justification of the genocide also joins the denial. All this together becomes impunity and danger."