Erdogan Calls Armenian Lobby ''Evil Power'', against which Turkey Will Continue Its Fight 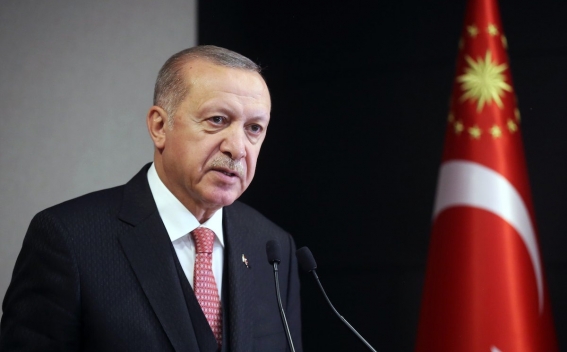 In a national address today on the COVID-19 crisis, Turkish president Regep Tayyip Erdogan lashed out at the “Armenian and Greek lobbies.” as “evil forces” targeting Turkey, armradio.am reports, referring to Ahval News.

On Monday Erdogan announced a new four-day curfew effective Saturday in a televised speech following a cabinet meeting, detailing some of Turkey’s steps to ease restrictions put in place to stem the COVID-19 pandemic.

“We continue our fight against this virus together as 83 million people,” Erdoğan said. “Our number of new cases, deaths, ICU patients, and intubated patients continue to decrease as the number of recoveries and total tests conducted multiply.”

Erdogan went on to say that Turkey will continue its fight against terrorism, foreign enemies including the “evil powers ranging from Armenian and Greek lobbies to centers of animosity originating in the Gulf,” as well as “those utilizing foreign financial institutions … to put shackles on us.”