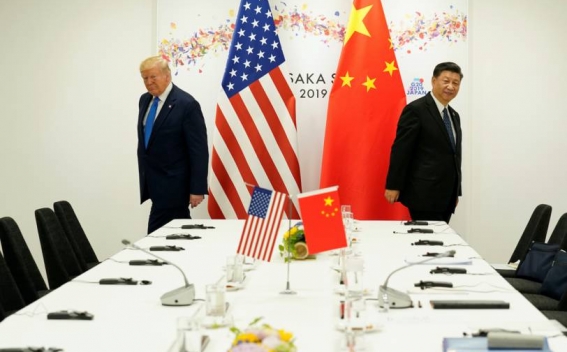 The relationship between the US and China was already teetering close to the edge of a cliff before COVID-19, but the pandemic pushed it right off, The Business Insider reports.

The dynamic between Beijing and Washington has become so contentious in the coronavirus era that China experts now say the two major powers have stumbled into the early days of a new Cold War that could prolong the pandemic, exacerbate the economic devastation linked to the virus, and weaken the world's ability to thwart common threats.

"We're essentially in the beginnings of a Cold War," Orville Schell, the director of the Center on US-China Relations at the Asia Society, told Insider. "We are on a downward slide into something increasingly adversarial with China."

Schell added: "The consequences of the breakdown in US-China relations is going to be very grave for the world and for the global economy because the ability of the US and China to work together was the keystone of the whole arch of globalization and global trade. With that pulled out, there's going to be a tremendous amount of disturbance."

The Cold War analogy is "not perfect, but there are elements, including the hardening of system-type competition, ratcheting up of military competition, and pressure to delink economically, that were not as evident a few years ago," Elizabeth Economy, the director for Asia studies at the Council on Foreign Relations, told Insider.

"The reality is that tensions between the United States and China are rising considerably at the moment," Clete Willems, the White House's former top trade negotiator, told CNBC earlier this month.

"I know people get uncomfortable with the terminology, but I do think we have to be honest and call this what it is, and this is the start of a new Cold War. And if we're not careful, things could get much, much worse," Willems, who left the Trump administration last year, added.