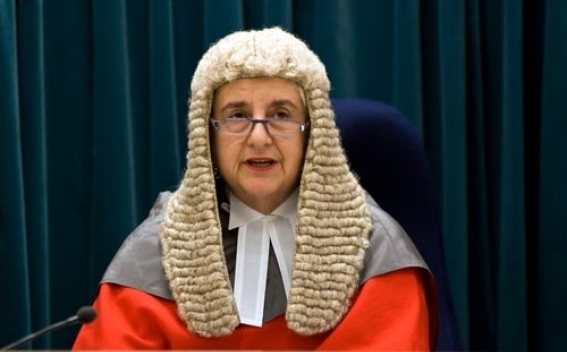 “If it were not for the Armenian identity in the family I would not have had such accomplishments,” said Seerpoohi Elias, the first female Chief Justice of New Zealand.

Seerpoohi Elias, known in New Zealand as Sian Elias, was born in London, in 1949. Her father, Minas Elias was the descendant of the Armenian Genocide survivors, and her mother was from North Wales. Her parents moved to New Zealand when Seerpoohi was only one.

She earned a law degree from the University of Auckland in 1970, and continued her studies at Stanford University. She took up employment with an Auckland law firm in 1972, beginning her career as a barrister three years later where she stands out for her unique capabilities.

In 1984 Seerpoohi took up the position of Auckland Law Commissioner. She engaged in public activity and shortly after became famous as a zealous fighter against the arbitrariness of bureaucracy. In 1988 Elias was one of the two women made as the Queen’s counsels, according to Barev Today-.

In 1990 she was awarded a New Zealand 1990 Commemoration Medal in recognition of her services. In 1995 Elias was appointed a member of the High Court and Court of Appeal.

“Sian Elias was the first woman to become a member of the High Court of New Zealand. She is made from iron and blood, impossible to break either with word or with thought,” British journalist Luke Harding characterizes her this way.

In 1999 Elias was sworn in as New Zealand Chief Justice, being the first female in that position (before that the office was held only by men). Upon the order of Queen Elizabeth she occupied the position of Governor-General for three times, when it was vacant.

Seerpoohi had a unique role in the public life of New Zealand. One of her most famous work is the protection of rights of New Zealand’s native Maori people. Due to Seerpoohi’s efforts the Maori people enjoy equal rights in their own country, Armenia Discovery reports.

Elias is married to Hugh Fletcher, former CEO of Fletcher Challenge and a former Chancellor of the University of Auckland. They have two sons. Even though Seerpoohi currently is not involved in the activities of the Armenian organizations in New Zealand she continues to emphasize her Armenian identity.