Pashinyan: If Necessary, I’m Ready to Discuss the Karabakh Issue with Artsakh Ex-Presidents 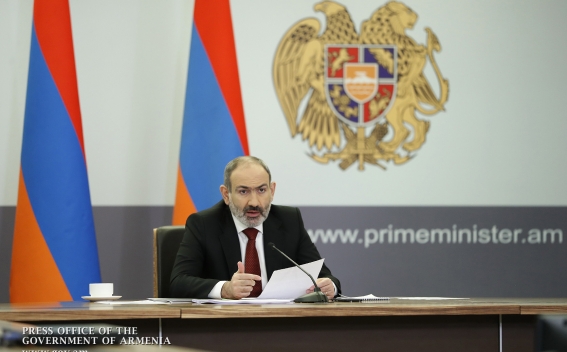 Armenian PM Nikol Pashinyan noted that he is ready to discuss the Karabakh issue with Artsakh ex-presidents if necessary, News.am reports..

His remarks came during his big press conference on May 16.

“There is such a circumstance that institutional information on the talks that were conducted earlier is available in the pubic administration system. At least the information I needed,” said Pashinyan. Speaking about the negotiation format, he added: “We have repeatedly expressed our opinion that we consider the participation of the elected representatives of Artsakh to be essential and important in the talks since we cannot imagine a solution to this issue without their participation," he noted adding: "Our view is as follows: we cannot solve the Karabakh issue without elected representatives of Artsakh. We cannot make decisions instead of them."

According to him, there was always the idea of ​​peacekeeping forces in previous documents and public statements.