Kirk Kerkorian: to be Sad in a Mercedes is Better than in a Bus 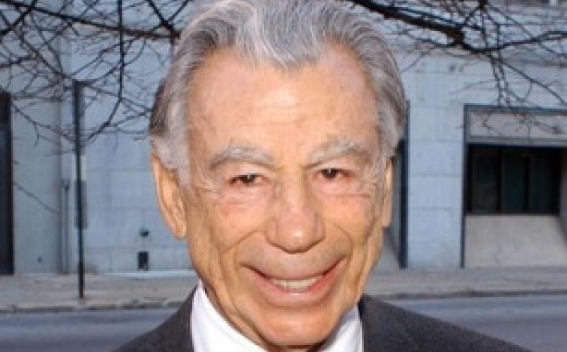 "At the age of 9, I was selling newspapers, not knowing then what the newspapers will write about me," "the king of Las Vegas" Kirk Kerkorian said in one of his interviews." I didn’t go to school, but I went into buying and selling businesses at an early age,"  Kerkorian said. ''To be born in a poor family was not my choice. My choice was to be rich, because to be sad in a Mercedes is better than in a bus."

Kerkorian was born in a family of immigrants from Armenia on June 6, 1917 in California. Dropping the school on the eighth grade, Kerkorian was earning his money in a park and in farms. Following his elder brother, he then took up boxing, participated in 33 fights and won most of them. At the age of 22, Kerkorian became interested in aviation and got a pilot's license. During World War II he was involved in the delivery of aircraft across the ocean for British Air Forces. In one of his interviews he admitted that for one flight he received $1,000. After the war, with the accumulated money Kirk Kerkorian began buying aircraft for resale. His money the billionaire earned on the resale of the shares of US airlines and movie studios, Forbes.ru writes.

In particular, in 1947, he invested in the charter airlines Los Angeles Air Service (renamed Trans International Airlines), which was later sold. In 1979, he bought 25% of the film studio Columbia Pictures. His best deal Kerkorian called the sale of land under the casino and the hotel Caesars Palace in Las Vegas.

Kerkorian himself actively invested for the development of hotels and casinos in Las Vegas. It is Kerkorian, who is considered a businessman that created the modern image of Las Vegas - the entertainment capital, with its luxurious casinos and hotels. At the end of 1960s, Kerkorian increased his stake to invest in Las Vegas. He bought the hotel "Flamingo" for 12.5 million dollars and built a 30-storey Hotel International, which was opened in July, 1969.

The controlling stake of a company, now known as MGM Resorts International, belonged to Kerkorian until May 2009, when he reduced his stake in the business from 54% to 37%.

The businessman has been married for several times. The first marriage was with Hilda Schmidt, which lasted from 1942 to1951. The longest was the second marriage with choreographer Jean Marie Hardeep. With her Kerkorian lived for 30 years. The couple had two daughters. In 1999, Kerkorian married for the third time with a tennis player Lisa Bonder, who was 48 years younger, but a month later the couple divorced. In 2014, the Las Vegas Sun reported that Kerkorian married for the fourth time – with Una Davis.

Kerkorian was the second in the list of world's oldest billionaires. According to Bloomberg, Kerkorian's property is estimated $3.6 billion. The question how Kerkorian will be buried and how his multi-billion-dollar heritage will be distributed, will be known after his will is opened.

It should be noted here that the Armenian nation is proud of Kerkorian not for the fact that he was a successful businessman, but because he was a worthy Armenian. Kerkorian has greatly supported in the development of Armenia and Nagorno-Karabakh Republic, but he did not like to talk about it. In 2004, he was awarded the title of National Hero of Armenia. The bright memory of the outstanding Armenian will live forever in the hearts of Armenians and the Armenian people will always remember him with pride and gratitude.