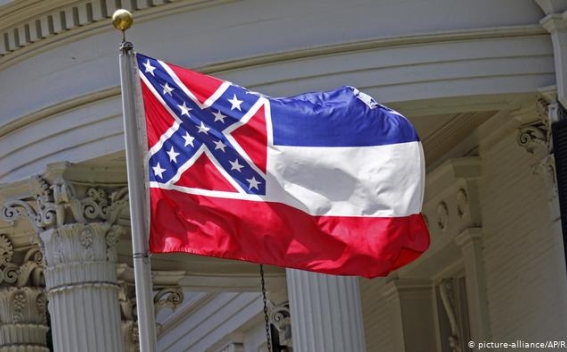 Mississippi Governor Tate Reeves on Tuesday signed a bill that will remove the state flag that featured the Confederate battle emblem. The bill's passage comes after weeks of renewed backlash toward the flag, which many have decried as a symbol of racism and white supremacy, CBS News reports.

In a speech given before signing the bill, Reeves said he disagrees with the removal of statues throughout the country, but said, "There is a difference between monuments and flags," Reeves added. "A monument acknowledges and honors our past. A flag is a symbol of our present, of our people and of our future. For those reasons, we need a new symbol."

Mississippi residents will head to the polls in November to choose a new state flag. The old flag design will not be an option, per the legislation.