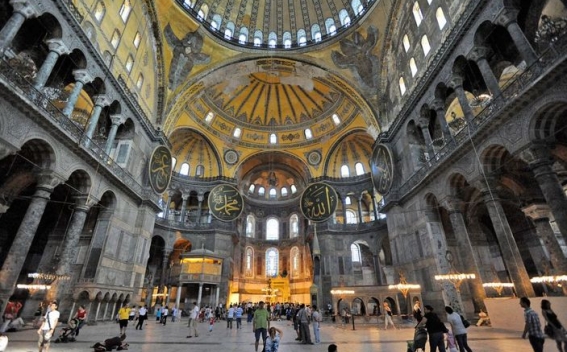 Greece said on Thursday Turkey risked opening up "a huge emotional chasm" with Christian countries if it pressed ahead with a proposal to convert the Hagia Sophia museum in Istanbul into a mosque, Reuters reports.

A Turkish court on Thursday heard a petition seeking to convert the massive sixth century building, originally built as a Christian cathedral and today one of Turkey’s most visited tourist sites, back into a mosque.

The court will announce its verdict within 15 days, a lawyer said.

"Hagia Sophia is a world heritage monument... Many countries, culminating in the intervention of the U.S State Department, highlighted this very point, urging Turkey not to take steps which would create a huge emotional chasm between the Christians of the world and Turkey," Greek government spokesman Stelios Petsas told a news briefing.

U.S. Secretary of State Mike Pompeo on Wednesday urged Turkey to let Hagia Sophia, a UNESCO World Heritage Site, to remain a museum and to ensure it remains accessible to all.

Ecumenical Patriarch Bartholomew, the spiritual head of some 300 million Orthodox Christians worldwide and based in Istanbul, said converting it to a mosque would disappoint Christians and would "fracture" East and West.