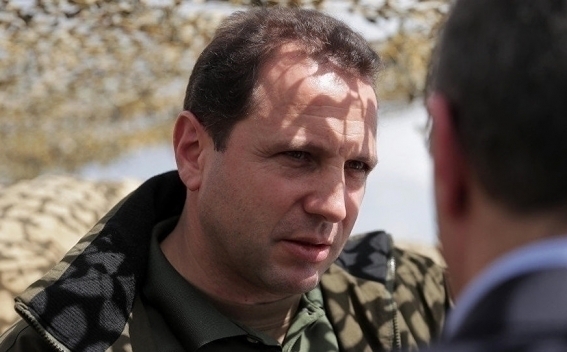 The exact circumstances of how the Armenian officer occurred in the territory of Azerbaijan will be revealed after an internal investigation, Defense Minister Davit Tonoyan told reporters on Friday, Panorama.am reports.
“Our initial assessment is that the Armenian servicemen got lost and occurred in the territory of the adversary. The issue whether our officer was captured or other circumstances were there will be clarified. Based on that, we will work in different formats with international structures,” Tonoyan said.
In the minister’s words, for now the only demand of the Armenian side is to organize the visit of the representatives of the International Committee of the Red Cross (ICRC) to meet the captive which has not happened so far.
To remind, Armenian foreign ministry earlier condemned the degrading treatment of the officer Gurgen Alaverdyan, who appeared under the Azerbaijani jurisdiction on August 22. Armenian accused Azerbaijan of a flagrant and gross violation of the international humanitarian law.
Հայերեն На русском