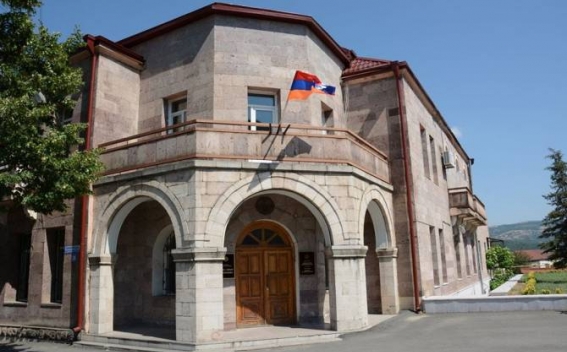 On 27 September 2020, the Azerbaijani armed forces launched a large-scale attack on the positions of the Defence Army of the Republic of Artsakh along the entire line of contact of the armed forces. The armed attack by the Azerbaijani army was accompanied by artillery shelling and air strikes, including on civilian objects and civilian population. In particular, capital Stepanakert and border settlements came under fire. As a result of the shelling, there have been civilian casualties.

The actions of the Azerbaijani side constitute an act of aggression against the Republic of Artsakh, which, in accordance with the provisions of the UN Charter, exercises its inherent right to self-defense and takes all necessary measures to repel the aggression and restore peace in the region.

The Ministry of Foreign Affairs of the Republic of Artsakh is in direct contact with the Personal Representative of the OSCE Chairperson-in-Office. The OSCE Minsk Group Co-Chairs were also informed about the armed attack by Azerbaijan. The foreign ministries of the two Armenian States are conducting coordinated work with the relevant international structures in order to suppress the act of aggression by Azerbaijan.

This armed attack was preceded by public statements of the Azerbaijani authorities attacking the Armenian parties and the process of peaceful settlement of the Azerbaijan-Karabakh conflict, as well as overt threats to use force against the Republic of Artsakh and to refuse from conducting the OSCE monitoring of the Line of Contact scheduled for 1 October 2020. In accordance with principles of international law, the military-political leadership of Azerbaijan bears full responsibility for the crime of aggression.