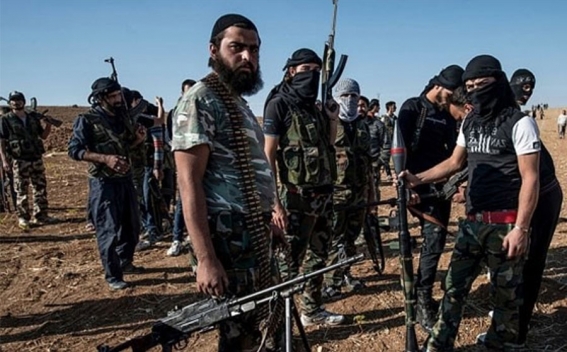 Turkey is sending Syrian rebel fighters to support Azerbaijan in its escalating conflict with neighbouring Armenia, two Syrian rebels have said, as Ankara pledges to step up backing for its majority-Muslim ally, Reuters reports.

The clashes over the territory of Nagorno-Karabakh are the heaviest since 2016, with reports of dozens of deaths and hundreds wounded.

Armenia’s ambassador to Moscow said on Monday that Turkey had sent around 4,000 fighters from northern Syria to Azerbaijan and that they were fighting there, an assertion denied by an aide to Azerbaijan’s President Ilham Aliyev.

Armenia also said Turkish military experts were fighting alongside Azerbaijan in Nagorno-Karabakh, a mountainous breakaway region of Azerbaijan run by ethnic Armenians, and that Turkey had provided drones and warplanes.

Azerbaijan denied the reports. Turkey did not immediately comment, although senior officials including President Tayyip Erdogan, who has increasingly been flexing Turkey’s military muscle abroad, have promised support for Baku.

The two fighters, from Turkish-backed rebel groups in areas of northern Syria under Turkish control, said they were deploying to Azerbaijan in coordination with Ankara.

They declined to be named because of the sensitivity of the issue. Reuters could not independently verify their accounts.

“I didn’t want to go, but I don’t have any money. Life is very hard and poor,” said a fighter who had fought in Syria for Ahrar al-Sham, a group that Turkey has supported.