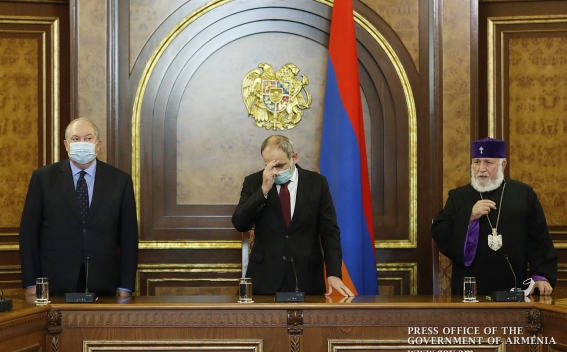 The meeting of the Security Council started with a prayer by the Catholicos of All Armenians. The situation in Nagorno-Karabakh following the Azerbaijani-Turkish offensive and the steps to counter the aggression were discussed during the meeting.