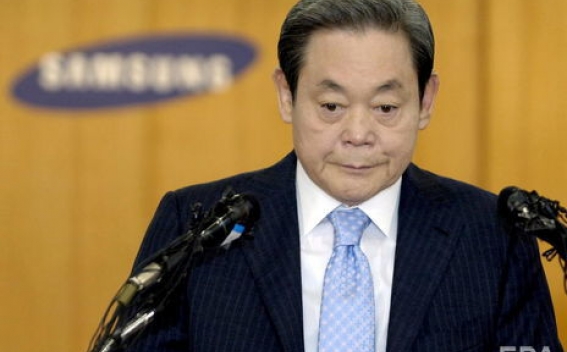 Samsung Chairman Lee Kun-hee, who transformed a second-tier electronics parts maker into the world’s biggest manufacturer of smartphones and televisions, died Sunday after lying incapacitated in a hospital for more than half a decade. He was 78 years old, The WSJ reports.

Mr. Lee, who at the time of his death remained chairman of Samsung, had been hospitalized since May 2014 after a heart attack. He already had been in fragile health and was treated for lung cancer in the late 1990s.

During his more than three decades at the helm of Samsung, South Korea’s biggest conglomerate in which Samsung Electronics Co. is the crown jewel, Mr. Lee transformed the company into a global brand beyond South Korea where it sells everything from life insurance to roller-coaster rides. By almost every measure, he exceeded expectations, pushing the company to the global No. 1 position in televisions, smartphones and memory chips.