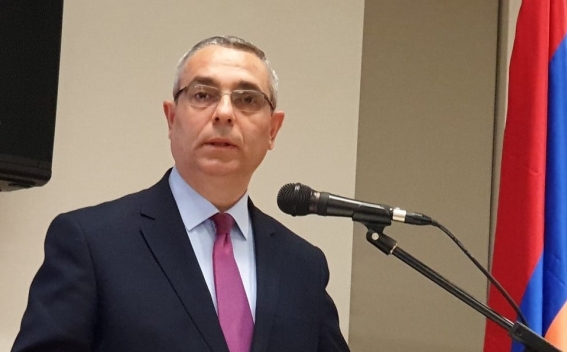 The latest public discussions on the status of the Republic of Artsakh, as well as the provocative statements by the leadership of Azerbaijan, reaffirm the need for international recognition of the independence of Artsakh as the most optimal and effective way out of the situation resulting from the armed aggression against our republic by Azerbaijan with the support of Turkey and Turkish-backed international terrorists.

Azerbaijan's categorical refusal to discuss the issue of the status of Artsakh, voiced at the highest level, removes any obstacles for other states to recognize the independence of the Republic of Artsakh, which is the result of the exercise by our people of their inalienable right to self-determination. If in the past states refrained from recognizing the independence of Artsakh out of concerns of hindering the process of peaceful settlement of the Azerbaijan-Karabakh conflict, then after the armed aggression against Artsakh, occupation of a significant part of its territory and Baku's public refusal to discuss the issue of the status, these concerns have lost their relevance.

International recognition of the independence and acquisition of international legal personality by the Republic of Artsakh will create most important conditions for the restoration of its territorial integrity by political and diplomatic means. The world community has no right to reconcile with a situation resulting from the armed aggression of an alliance of two authoritarian and genocidal states, as well as international terrorists whose actions do not fit into the legal and moral norms of the civilized world.