Media: Turkey Army to Start Joint Service with Russia in Karabakh in January 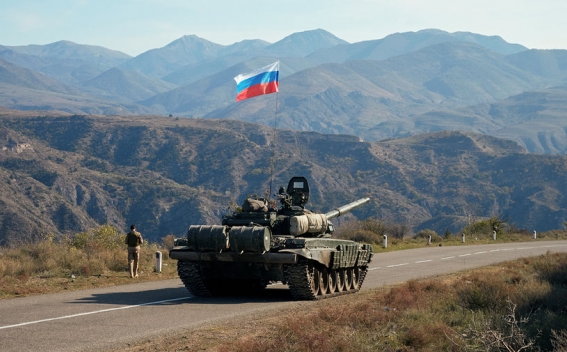 Servicemen of the Turkish Armed Forces have left for Azerbaijan, and under the command of a brigadier general, NTV of Turkey reported on Saturday.

According to it, as of January, they will start their service with Russia at the joint monitoring center in Nagorno-Karabakh [(Artsakh)], according to TASS.

To note, on November 9, Armenian Prime Minister Nikol Pashinyan, Azerbaijani President Ilham Aliyev, and Russian President Vladimir Putin signed a joint statement on a complete cessation of hostilities—which Azerbaijan had launched on September 27—in and around Artsakh. Accordingly, Russian peacekeepers are deployed in the region to monitor the implementation of the ceasefire and the cessation of hostilities.