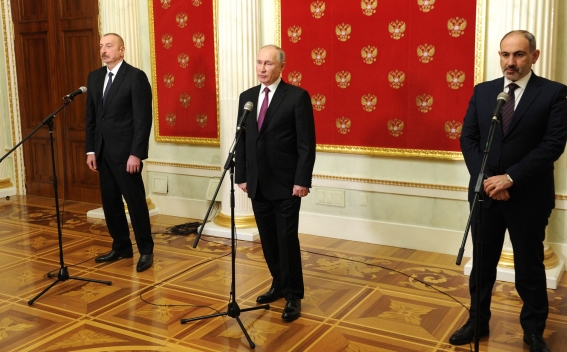 Below is the text of the joint statement.

2. The Working Group will hold its first meeting by January 30, 2021, according to the results of which it will draw up a list of primary tasks arising from the implementation of the aforementioned Paragraph 9 of the Statement. The priorities shall include rail and road communications, as well as the identification of other directions as agreed upon by the Republic of Azerbaijan, the Republic of Armenia and the Russian Federation, hereinafter referred to as the Parties.

3. In order to implement the primary directions, the Working Group’s co-chairs will approve the composition of expert subgroups in these areas from among the officials of the competent authorities and organizations of the Parties. Within a month after the Working Group’s meeting, the expert subgroups will submit a list of projects, which should specify the necessary resources and activities for their implementation and approval at the highest level by the Parties.