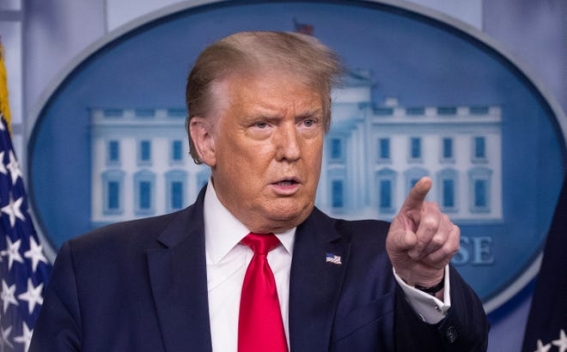 Donald Trump spoke to the press for the first time since leaving office as US president.

But he gave nothing away about his plans for life after the White House, Washington Examiner reports.

"We’ll do something, but not just yet," Trump said as he dined with friends at his international golf club on Friday.

An aide to the former chief executive then swooped in and swiftly, but politely, ended the interaction.