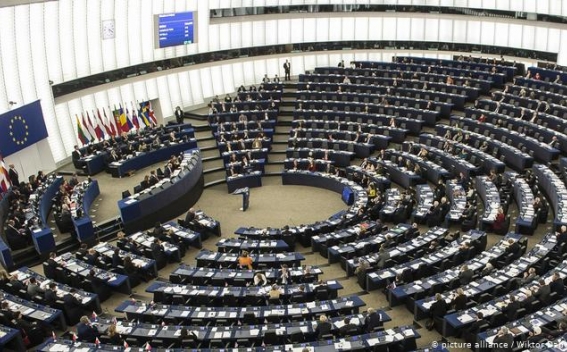 As News.am reports, Chair of the Delegation for relations with the South Caucasus, MEP Marina Kaljurand, the European Parliament’s Standing Rapporteur on Armenia, MEP Andrey Kovatchev, and the European Parliament’s Standing Rapporteur on Azerbaijan, MEP Željana Zovko have issued the following joint statement urging to resume negotiations over the settlement of the Nagorno-Karabakh conflict:

“Last year’s war between Armenia and Azerbaijan was a terrible human tragedy,

We applaud the fact that the situation has stabilized after the agreement of 9 November 2020 and that – apart from deplorable but isolated incidents – the ceasefire has been respected, but a lot more is necessary to achieve much-needed reconciliation.

Negotiations on a lasting settlement of the Nagorno-Karabakh conflict and on the region’s future legal status remain as indispensable as ever. We call on both parties to reaffirm clearly and publicly their willingness to re-engage in the process led by the Minsk Group Co-Chairs and founded on the group’s Basic Principles that they themselves agreed to, reflecting the Helsinki Final Act principles of non-use of force, territorial integrity, and the equal rights and self-determination of peoples. At a time of a fresh momentum brought about by the new US administration, we firmly reiterate the European Parliament’s – and, indeed, the European Union’s – continued support to this process and these principles.

The complete implementation of the ceasefire agreement is a necessary first step and it is regrettable that the exchange of prisoners of war has not been carried out fully yet. We welcome last week’s release of several of the Armenian servicemen captured after the end of hostilities and appeal to Azerbaijan to release the rest, so that trust can be rebuilt.

We also urge the parties to ensure fully unhindered access of international organizations for the purposes of humanitarian assistance and the protection of cultural heritage. These issues underline even more the need for renewed multilateral efforts to support finding a lasting solution to the conflict.”