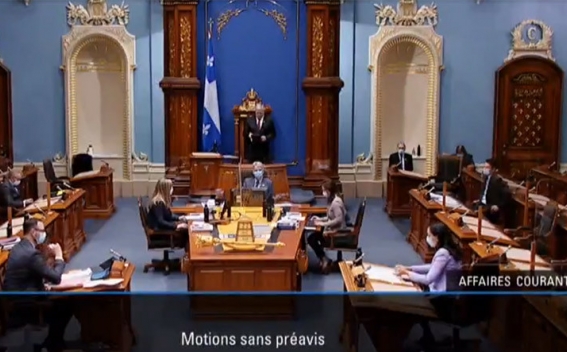 The National Assembly of Quebec on Thursday unanimously adopted a resolution on the 106th anniversary of the Armenian Genocide, Panorama.am reports citing the Armenian Embassy to Canada.

The resolution marks the 106th anniversary of the atrocities that took the lives of 1.5 million Armenian men, women and children.

It regrets that the political recognition of the Genocide throughout the world is still a subject of debates because of its denial by Turkey.

The National Assembly recalls that the Armenian people once again became victims of the bloody events and abuses in Nagorno-Karabakh (Artsakh) over the past year and unequivocally supports the decision of the Canadian government to suspend arms exports to Turkey.

The legislature body expresses its solidarity with the Armenian people and recognizes their right to live in peace and security while preserving their language, culture and faith.