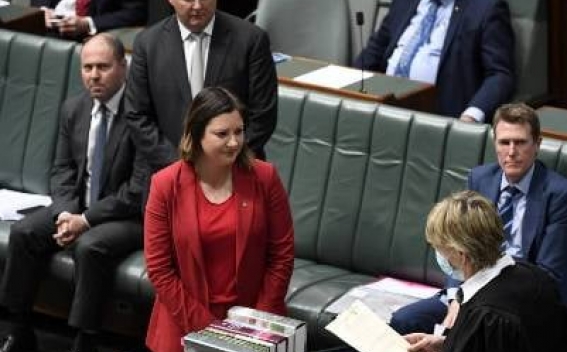 Australian MP Kristy McBain has joined a growing cohort of fellow Federal parliamentarians by signing the Joint Justice Initiative’s affirmation of support, which pledged her support to Australia’s recognition of the Armenian, Assyrian, and Greek Genocides, reported the Armenian National Committee of Australia (ANC-AU).

The February 2020 launch of the Joint Justice Initiative at Australia's Parliament House featured the signing of a Memorandum of Understanding by the Armenian National Committee of Australia (ANC-AU), Assyrian National Council—Australia (ANC) and Australian Hellenic Council (AHC), which declares Australia's recognition of the Armenian, Assyrian and Greek Genocides as a priority on behalf of their communities.

A former Mayor of the Bega Valley Shire, McBain entered Federal Parliament in 2020 after winning a by-election. A lawyer by training, Kristy McBain becomes the newest member of the Joint Justice Initiative.
Հայերեն