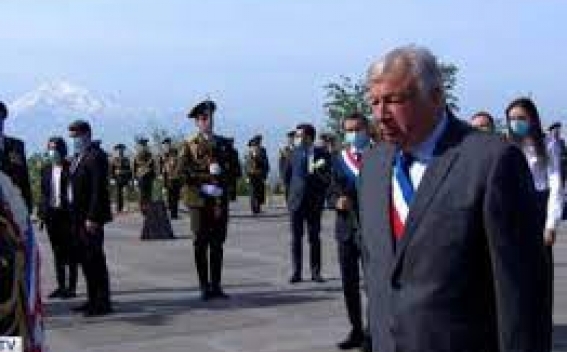 A French Senate delegation, led by president Gerard Larcher of the Senate, on Saturday visited the Armenian Genocide Memorial in Yerevan on the 106th anniversary of this tragedy, NEWS.am reports.

The delegation was accompanied by speaker Ararat Mirzoyan of the National Assembly of Armenia.