France Gives a New Chance to Armenia and Artsakh 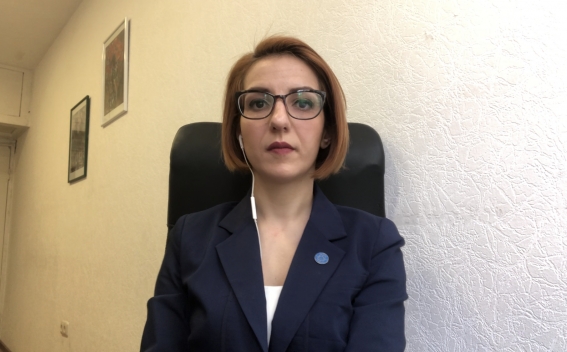 It seems that France is giving Armenia and Artsakh another chance. The question is how will the current Armenian authorities be able to take advantage of it. It should only be reminded that during the 44-day war and immediately after it several times at the highest level - both by the French President and the head of the French Foreign Ministry -positive and important signals were sent towards Armenia and Artsakh. Moreover, both chambers of the French parliament adopted resolutions calling on the French government to recognize the Republic of Artsakh. This was also the result of the direct participation of Turkey in the war against Artsakh, the use of Syrian mercenaries, as well as public mood in France caused by the injury of a French journalist.

However, the Armenian authorities had not complied with all the necessary work at that time and did not take advantage of the created opportunities. Recently, President of Senate of France Gérard Larcher made several important statements.

In particular, he said that the resolution on recognizing Artsakh is more than a document and it is not just words: it implies specific demands and expectations. The document will be the lever by which the negotiations will lead to the establishment of a long-term peace. And the visit of the Senate delegation to Armenia is a continuation of this resolution. And if we take into consideration the telephone conversation between the presidents of Russia and France and the information that Macron agreed with Putin "to resume efforts to achieve a lasting settlement within the OSCE Minsk Group, and that concrete initiatives will be put forward in this direction in the coming days", it becomes obvious that today France creates new opportunities for Armenia and Artsakh.

This creates a chance to put on the agenda important issues for us - a chance to increase pressure on Azerbaijan on the issue of prisoners of war, to increase pressure in connection with Azerbaijan's militant rhetoric and territorial claims towards Armenia. But this may become another missed opportunity if Armenia not only does not carry out appropriate long-term diplomatic work with France, but also with all its partners, including Russia, which, as the main mediator and one of the Co-Chair countries of the OSCE Minsk Group, will play an important role in planning these initiatives. But, alas, the experience of the last three years shows that the current authorities of Armenia are not capable of carrying out such work.