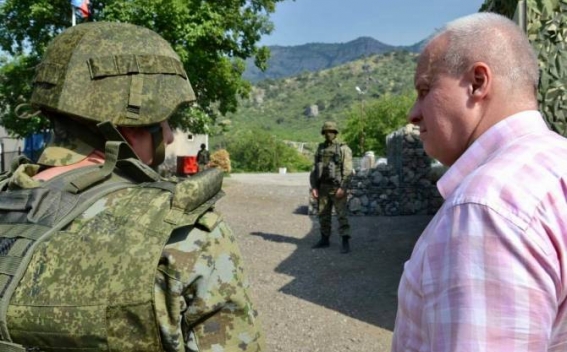 Russian Ambassador to Armenia Sergei Kopyrkin is in Syunik province on a working visit since June 2, the Russian Embassy said on Facebook.

The Ambassador got acquainted with the service of the Russian and Armenian border guards in the checkpoints deployed in the border section of Goris-Kapan highway (Vorotan, Shurnukh), armenpress reports.

Then, Mr. Kopyrkin visited Kapan town where he was welcomed by Mayor Gevorg Parsyan who presented the socio-economic situation, as well as thanked Russia for the participation of border guards in ensuring security in the region.