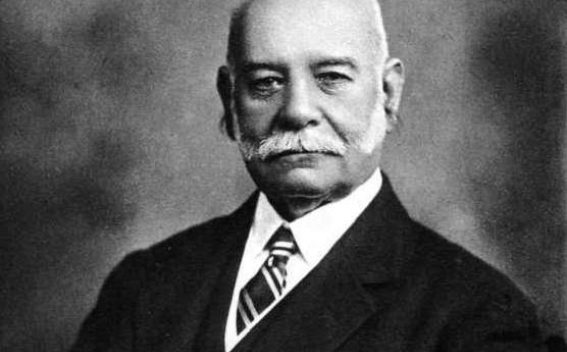 The most famous Armenian of all times who lived in China was Khachik Pogose Astwachatoor, known as Paul Chater. Ha worked as Senior Justice of the Peace in Hong Kong, was a member of the Governor’s executive and legislative councils, owner of many companies, as well Hong Kong General Governor first adviser for 40 years.

Khachik Astvatsaryan was born in Calcutta (India), on September 8, 1846,  into a large family of Armenian traders, in which there were 14 children. He was baptized in the Armenian church of Holy Nazareth. His father was a member of the Indian civil service, and his mother was a house wife busy with upbringing the 14 children. Life seemed to flow but at the age of seven Khachik lost his father, and 2 years after that his mother.

The children were taken to orphanage. Paul gained entry into the La Martiniere College in Calcutta on a scholarship. At the age of 18 he moved to Hong Kong to earn money and bring his brothers and sisters together again. 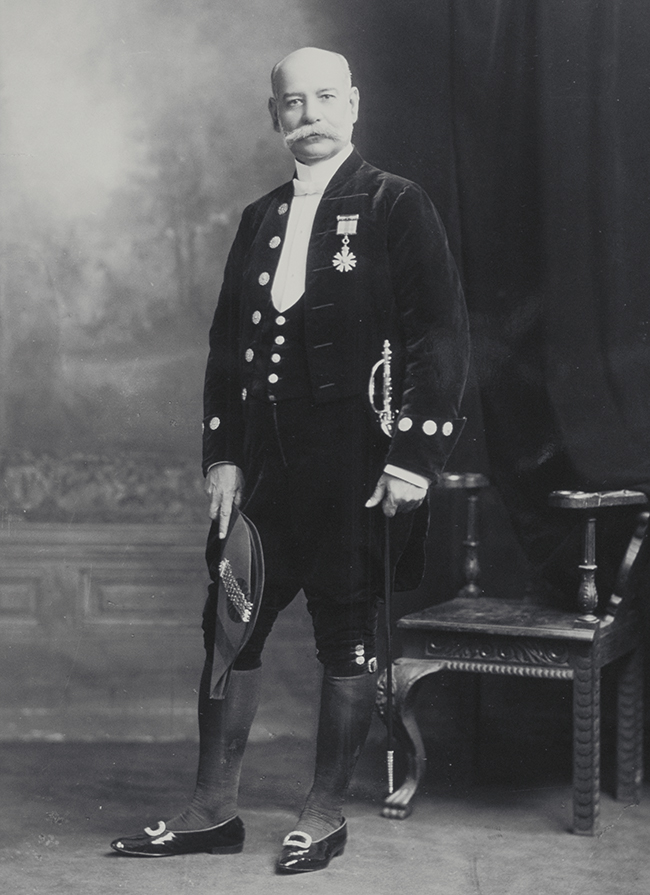 In the early days in Hong Kong, he was an assistant at the Bank of Hindustan, China and Japan. Later, with the aid of the Jewish Sassoon family, he set up business as an exchange broker, resigned from the bank, and traded gold bullion and land on his own account.

Due to his diligence, exceptional business skills Paul soon became very rich. An owner of major banks, land, fleet, he soon became one of the richest and most influential figures in Asia and Hong Kong. Due to him Hong Kong nowadays has its unique place in the world economy.

In 1886, he helped Patrick Manson establish the first Dairy Farm in Hong Kong (nowadays known as ”Dairy Farm International Holdings”). The same year he entered the Legislative Council. Through his connections he  acquired an old graveyard in Wan Chai, where he built one of the earliest power stations in the world in 1890. He supported the construction of Hong Kong university, many schools, hospitals, blocks of flats, as well as the Hong Kong Fleet.

In 1889, he established Hongkong Land with James Johnstone Keswick. Hong Kong Land commenced the land reclamation project under the Praya Reclamation Scheme, under which the sea shore was made into land at Victoria city and more than one thousand houses were built for thousands of people.

In 1897 he was awarded Companion of the Order of St Michael and St George by the British government and in 1902 he was knighted and called Sir Paul Chater.

“This young Armenian from Calcutta filled all of Hong Kong. He is everywhere, nothing is done without his knowledge and participation. He is the father of Hong Kong,” historical documents read.

Chater was enthusiastic in two sports: He played for the Hong Kong Cricket Club 1st XI, and was a thoroughbred horse racing enthusiast. He reportedly never missed the weekly races at the Happy Valley Racecourse in 60 years. In 1872 he set up the Chater Stable in Hong Kong that won many races at Happy Valley. In 1955 The Hong Kong Champions & Chater Cup, the Group One third leg of the Hong Kong Triple Crown, was named in his honour.

Chater was a major philanthropist to world wide Armenians. Throughout his life he donated huge amounts of money to Hong Kong, Calcutta, London, Paris and Beijing Armenian social, religious and educational causes. He also supported the Armenian churches in India, orphans with Armenia descent, built a home for the Armenian elderly in Calcutta, named The Sir Catchick Paul Chater Home. To help the Armenian Genocide survivors he founded “Armenian migrants’ charity foundation” in Britain.

Paul Chater Chater died in 1926 and was interred in the Hong Kong cemetery. Because of not having children a part of his estate went to the Armenian Church of the Holy Nazareth in Calcutta and other churches in south-east Asia, the remaining part went to the college where he studied.  As a response the college made a decision to accompany the morning hymn with such lines, “We are grateful to our benefactor, honorable Paul Chater,” recited in front of Chater’s picture. The Armenian church in Calcutta named the auxiliary building at the church after “Sir Paul Chater”.

Nowadays there are a number of buildings, streets, parks, metro stations after Chater’s name in Hong Kong.