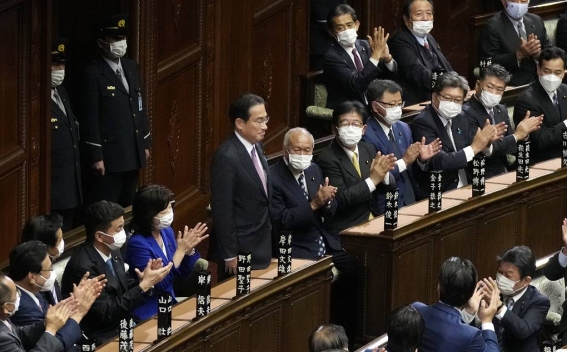 The lower house of Japan’s parliament on Wednesday re-elected Fumio Kishida, chairman of the governing Liberal Democratic Party, as Japan’s prime minister, according to a broadcast on the parliament’s website, TASS reports.

Lawmakers from the LDP and its junior partner in the governing coalition, the Komeito party, which together hold the majority in the lower house, cast their vote for Kishida. The vote now has moved to the upper house. However, its result is also predictable as the governing bloc has the majority there, too. In electing the prime minister, the lower house takes priority over the upper house as its vote is definitive for appointing a new head of the cabinet.

Kishida took over as chairman of the ruling party on September 29 and was elected as prime minister on October 4. His re-election to the position is a formality after the October 31 elections to the key lower house.