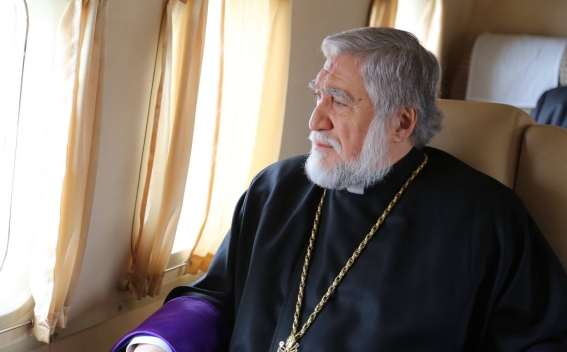 His Holiness Aram I, Catholicos of the Great House of Cilicia, departed for Cairo, Egypt, on May6 16 to participate in the general assembly of the Middle East Council of Churches, His Holiness Aram I said in a statement on social media, Armenpress reports.

Catholicos Aram I will participate in the general assembly as an honorary guest.

All churches of the Middle East will attend the assembly with their delegations.

The delegation led by Catholicos Aram I consists of 5 people.