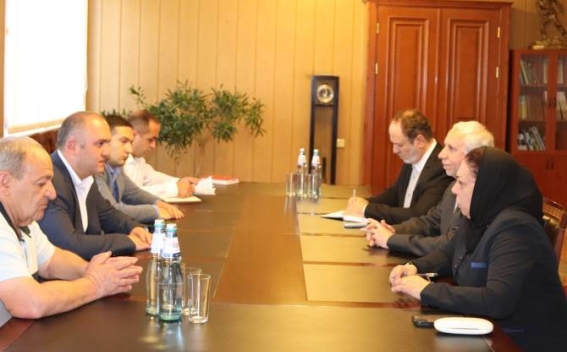 Welcoming the Iranian Ambassador, the Governor of Ararat said that he attaches importance to the development and deepening of bilateral relations.

Sedrak Tevonyan and Abbas Badakhshan Zohouri highlighted the great potential existing for the development of the bilateral relations and the necessity for making joint efforts in this direction.

The sides discussed also other potential directions for the development of bilateral ties, touching upon education, export and other areas.