Putin, Erdogan to meet in Astana 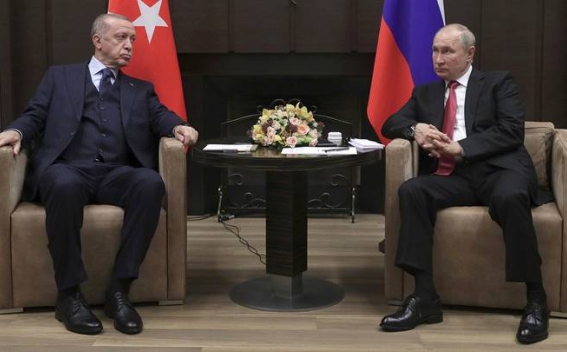 Turkish president Recep Tayyip Erdoğan met with his Russian counterpart Vladimir Putin on the sidelines of a regional summit in Kazakhstan on Thursday, Daily Sabah reports.

"While Türkiye and Russia's steps will disturb certain circles, they will make less developed countries happy," Erdoğan said, referring to a deal he helped broker paving the way for Ukrainian grain deliveries across the Black Sea.

Turkish mediation proved vital in facilitating the signing of a deal between Türkiye, the United Nations, Russia and Ukraine in Istanbul to reopen certain Ukrainian ports to release grain that had been stuck for months because of the ongoing Russia-Ukraine war – a development that has been crucial in responding to a growing global food crisis.

Türkiye is one of the most active countries working to ensure a permanent cease-fire between Ukraine and Russia. Its delicately balanced act of assuming a role as a mediator by keeping communication channels with both warring sides open provides a glimmer of hope in diplomatic efforts to find a solution and achieve peace in the Ukraine crisis. With its unique position of having friendly relations with both Russia and Ukraine, Türkiye has won widespread praise for its push to end the war.