S-400 System May be Delivered to Turkey on Tuesday, Newspaper Says 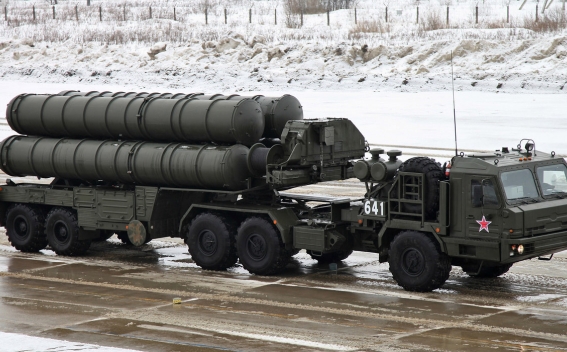 The S-400 missile system may be delivered to Turkey on Tuesday, the Haberturk newspaper said, TASS reports.

According to the paper, the S-400 system was loaded onto two cargo planes on Monday night. The planes are expected to depart for Turkey from an airbase near the Russian city of Tver on Tuesday, Haberturk added.

The Haberturk TV channel earlier said, citing sources, that the loading of the S-400 system might begin on July 7. According to the TV channel, the first system was scheduled to be loaded onto a cargo plane on Sunday, while nine Russian technical experts were to arrive in Turkey by Monday in order to assist in the deployment of the S-400 system. The TV channel added that at first, one system would be delivered to Ankara.

Turkish President Recep Tayyip Erdogan said earlier that the S-400 system was being loaded onto planes to be dispatched to Turkey. However, he declined to announce an exact delivery date.

Russian Presidential Spokesman Dmitry Peskov said on Monday that the delivery of the missile system to Ankara proceeded in accordance with the contract.