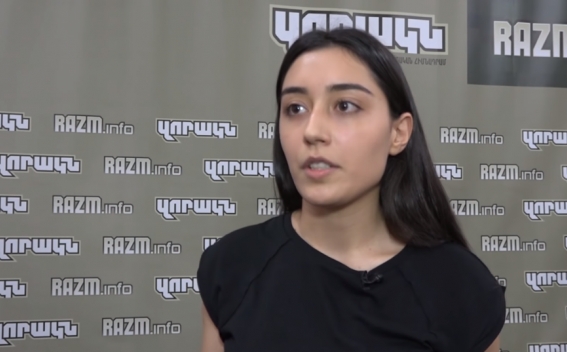 Tensions have recently escalated in the Turkish-American relations due to Russian S-400 systems supply to Turkey. "Armedia" IAA hosted Milena Ayvazyan, a Turkologist at Razminfo website.

- The US Congressmen have offered to impose sanctions against Turkey, noting that if Ankara purchases Russian missile systems, the US must immediately impose sanctions on Turkey and remove it from the F-35 program. How will the S-400 deal affect Turkish-American relations?

- The US and NATO have been against the purchase of Russian S -400 "Triumph" anti-aircraft systems since December 2017, the signing of the respective Turkey-Russia agreement. Prior to the Congressmen’s appeal several US senators had also submitted a bill to ban supply of US F-35 fighter jets until Turkey refused to give up S-400s deal. Two days later, on April 1, the US suspended supply of the F-35 to Turkey. F-35s will not be supplied to Turkey until November 1. That is to say, Turks have already received 4 units, but they are still in America, where Turkish pilots are being trained.

Such statements and projects have been particularly intense recently, as Turkey plans to receive the Russian S-400s in July. The US has long been threatening Turkey with sanctions, but I have to note that Turkish top-ranking officials, as well as president Recep Tayyip Erdogan, state almost every day that the Russian system deals have already been made and Turkey will not step back. To settle the issue Turkey proposes to set up a corresponding council that will deal with this issue. Two days ago, the US had called on Turkey to postpone the supply of S-400s to be able to set up the council, but Turkey rejected it.

This topic has now led to a political conflict in the relations of the two countries. Possible sanctions include termination of supply of the F-35s. That is, they can be assembled and prepared, but continue to stay in America.

Among other sanctions - for example, last year, when Turkey refused to extradite American priest Andrew Branson, the US imposed sanctions on two Turkish domestic and justice ministers and alleged that they were the main culprits of the priest's "illegal arrest". In addition, the US also doubled the metal prices for Turkey. The United States can still suppress Turkey with such steps, but I do not think it's realistic to suspend Turkey's membership to NATO in the near future, as the United States is threatening, as NATO needs Turkey just as much as Turkey needs NATO. .

- Large-scale naval drills kicked off In Turkey on May 13. What are the objectives of such military drills? Who do they address?

- Turkey conducted such large naval drills in February and March, and it was said at the time that it was the largest exercise in the history of the republic. The drills are significant because they are held simultaneously in three the three seas, Aegean, Mediterranean and the Black. But I have to say that more equipment was involved in the exercise in February.

In general, it is not necessary for the drills to address anyone. And the stated objective is to increase the tactics and operational level of naval forces.