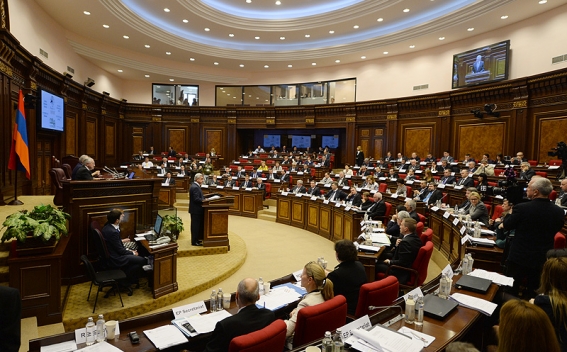 The past week was marked in Yerevan with many activities with the participation of European parliamentarians and officials from the EU. It was clearly emphasized - Armenia's relations with the EU will develop, and for that purpose, a new format is being developed.

With Armenia’s accession to the Eurasian Economic Union (EEU), many began to speak that Armenia rejected the Association with the EU and changed its foreign policy vector of integration formula "and-and". In fact, attempts were made to force Armenia to make a choice - but this turned out to be non-viable and impossible. Today, Armenia, as a full member of the EEU, develops multilevel cooperation with the EU, consultations are underway to develop a new legal framework for future relations.

In his visit to Armenia on March 18, the Commissioner for European Neighbourhood Policy and Enlargement Negotiations, Johannes Hahn declared that "special conditions will be developed for Armenia." "We hope to develop a new form of cooperation with Armenia, taking into account its other international obligations," – Johannes Hahn said in his interview with Radio Freedom.

Deputy Head of Division Eastern Partnership-Bilateral of EEAS, Adriano Martins, in his turn, during the meeting of Armenia - EU Parliamentary Cooperation Committee, said that consultations with Armenia are completed and the parties are ready to turn to the European Commission to get a mandate for official negotiations.

The document that aims to update the legal framework of cooperation between Armenia and the EU, will include both political and economic components. Martins said that issues related to trade, will not only be included in the new document, but also some new points, such as the protection of investors, will be introduced. "Thus, it does not mean that we exclude some areas of cooperation, we are changing the component of trade, new areas of bilateral trade relations will be added," - he said.

Martins also stressed that Armenia’s negotiations on Association Agreement with the EU were not in vain and their results will accelerate the process of signing a new agreement. He predicted that a new document can be signed before the end of this year.

The fact that Armenia's relations with the EU have not collapsed and they continue to successfully develop, is also proved by the discussions and adopted documents during the meetings of Euronest Parliamentary Assembly, EU-Armenia Parliamentary Cooperation Committee, etc.

During the last week the fourth plenary session of Euronest was held in Armenia, during which a resolution was adopted on the 100th anniversary of the Armenian Genocide. Parliamentarians condemned the Genocide against humanity and calls on Turkey to face its own history.

The EU-Armenia Parliamentary Cooperation Committee, in its turn, called on all member states to recognize the Armenian Genocide and contribute to its international recognition. In the statement, the Committee also expressed confident that the new agreement between Armenia and the EU will provide a framework for developing relations in the future.

As the President of Armenia Serzh Sargsyan mentioned in his speech at the opening session of Euronest, "it is possible to accommodate both the Armenia’s membership to the Eurasian Economic Union, with all commitments stemming thereof, and the European Union’s deep and comprehensive agenda. Moreover, we will attempt to explore compatible middle ground through establishment of close ties between the various integration processes, and thus contribute to the consolidation of shared pan-European values free of contradictions and dividing lines.

The fact that common principles and approaches are unacceptable and cannot apply to all countries of the Eastern Partnership, has also been acknowledged by the leadership of the EU. The process of reforming the European Neighbourhood Policy has started, and one of the principles of the reform is great differentiation. Association Agreement and free trade area- is not the only form of cooperation with the partners. For those countries, which, because of certain conditions do not want to sign these agreements, the EU will develop new forms of relationships.

This does not mean that negotiations of many years now become equal to zero, on the contrary, everything agreed will become the basis of the new documents, which can be named anything, but will involve economic and political cooperation.

The most important thing is that the EU and Russia understand that the two vectors of integration cannot be built through confrontation, but on the basis of the principle of cooperation. The model that is being developed for Armenia and with the help of Armenia, has a chance to become the basis for all Eastern Partnership countries and also for the cooperation between the two economic unions - the EU and the EEU.